It's actually Sunday, April 29th where I am but Blogger's time zone, I just realized, is Pacific Daylight Time so this post will come up as Saturday, April 28th. I am still up at midnight so I decided to post now. 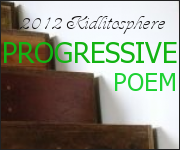 I’ve had so much fun discovering a new line in the Progressive Poem each day this month! Thanks again, Irene, for organizing this.

If you are reading this

A hanky, here, now dry your tears
And fill your glass with wine
Now, pour. The parchment has secrets
Smells of a Moroccan market spill out.

You have come to the right place, just breathe in.
Honey, mint, cinnamon, sorrow. Now, breathe out
last week’s dreams. Take a wish from the jar.
Inside, deep inside, is the answer…

Unfold it, and let us riddle it together,

…Strains of a waltz. How do frozen fingers play?
How do fennel, ginger, saffron blend in the tagine?

Like broken strangers bound by time, they sisterdance…
their veils of sorrow encircle, embrace.
Feed your heart with waltzes and spices.
Feed your soul with wine and dreams.

Humble dust of coriander scents your feet, coaxing
seascapes, crystal sighs and moonshine from your melody
Beware of dangers along the path of truth
And beware, my friend, of too much bewaring–

strong hands cushion you, sweet scents surround you—now leap
without looking, guided by trust. And when you land
on silver-tipped toes, buoyed by joy– you’ll know
you are amazing, you are love, you are poetry—
here, you rest.

Muse. Up ahead, stepping stones speckle the stream, sturdy now.

Tomorrow we go full circle back to Irene.

I’m a little late getting my Poetry Friday post up but it’s still Friday and I had a lot of fun putting this together.

This week, I played around with some ideas for found poems. From what I understand, a found poem is one created out of words and phrases that are pulled from another work. The words and phrases are then placed together to create something entirely new and unique.

A poem can be ‘found’ in a speech, a song, a letter, a manual, an advertisement, a newspaper article, or in any written text.

Here is a found poem I created out of a rejection letter.

thank you for
green

we do hope
and continue to search

thank you again for
green

And here is a found poem I created from an acceptance letter.

consulted for his wisdom

look forward
we will run around the world

if you find
a convoluted path
don’t worry

make the poems
your own

Here’s a found poem I created out of some album titles.

I’m a Mountain
Diamonds on the Inside

Here’s a poem I found at the grocery store.

Here’s a poem I found at the library. 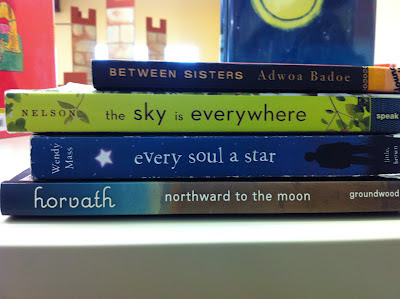 If you've worked on found poetry, I'd love to hear about it.
Posted by Sheri Doyle at 8:44 PM 2 comments:

Have you discovered Poem Flow? Last week, while browsing the pages at poets.org, I read all about this app. and downloaded it for free. I’ve enjoyed a poem daily on my iPhone but now have reached the limit with a total of 20 poems stored in my library. Today I was alerted that I could purchase 100 more poems for 99 cents.

The app. is for the iPhone or iPod Touch but I also noticed that if you go to PoemFlow.com you can “get involved even without an apple device.”
You can find out more about it here.

I enjoy the ‘flow.’ When I click on a poem while my iPhone is turned on its side, the words appear and disappear on my screen in a ‘flow’ of words. Held upright, the phone displays the full poem.

Here are a few screen shots: 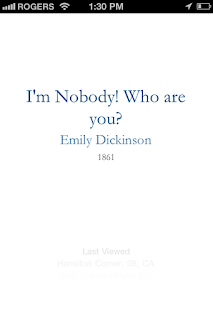 From “Haunted” by Naomi Shihab Nye: 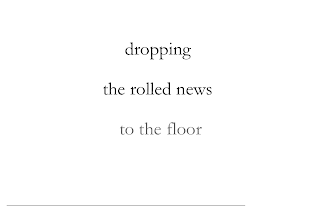 From “Ghost Elephants” by Jean Valentine: 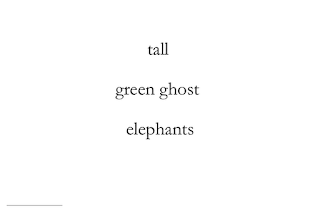 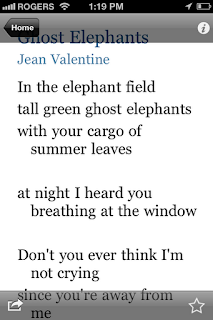 Although, I'm going to have a busy month finishing up my novel, working on a nonfiction project, and trying to prepare a picture book for submission, I'm going to try to get a daily dose of poetry. There are so many poetry activities going on throughout the blogging world. You can find a great list of events at Jama’s Alphabet Soup.

I am excited to participate in the 2012 KidLit Progressive Poem hosted by Irene Latham. The poem began at Irene’s blog, Live Your Poem and is at The Drift Record today where Julie Larios has added a line. The poem will be here on April 29th.

I also have a few poetry prompts up my sleeve so please visit throughout the month and participate if you can.