Last fall, this little snail got tired of waiting for mail back in my garden so she made her slow journey across the street and over to our shiny mailbox. I like to think that she is my messenger. 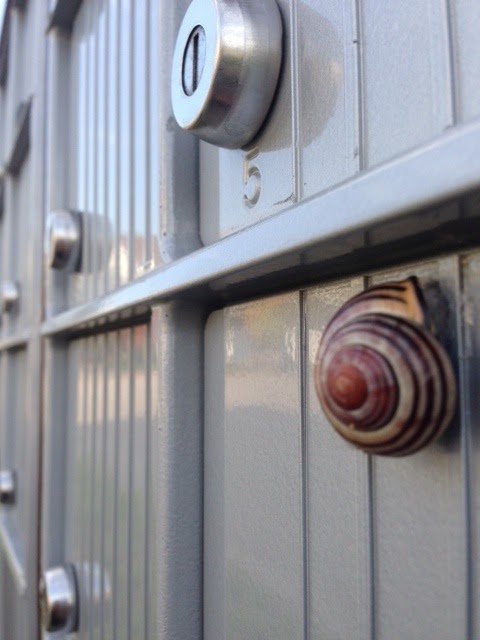 I had never seen a snail on a mailbox.We get a lot of snails in our neighbourhood after it rains between late spring and early fall. They decorate sidewalks, gardens, and front doors. And they serve as good reminders for me. Go slow. Be patient.

A snail on a writer’s mailbox seems to say something very important.  I tried to decode a possible snail message here by working through a few ideas.

1. Even the most patient among us might secretly yearn for the reply to come sooner.

2. Sometimes a watched pot does boil. And if you’re there waiting and watching for it to happen, you’ll be the first to see it.

This lesson can be applied to email. It seems I am always waiting for an important message to come in. Though I may look very much like the snail, stuck to my inbox—I shall feign patience, always.

Here is the lesson again presented as a syllogism:

A snail stuck to a mailbox is cute.

I am not a snail.

Therefore, I might not look that cute stuck to a mailbox.

So, back to work and practicing patience as best I can.

Posted by Sheri Doyle at 9:54 AM No comments:

loss, words, and loss of words

With the exception of delivering Mimi’s New Year wishes, I have been away from my blog for the last few months. I’ve been avoiding it, really. How do I just write something book-related and not even mention the loss of my father? But I didn’t want to dive into that here. Then again, not too long ago I wrote a tribute to my dad on his birthday, so how can I not mention it?

I’ve watched other writers and bloggers share losses and I’ve appreciated the words and taken comfort in them. I wish I were able to do the same. But here I am, four months to the day afterward, and I’m still at a loss for words.

At the end, in November, my dad and I put together some words. It was four days before he died. I asked questions and his answers became the words of a poem. My own questions stemmed from one unanswered question he wanted to address but hadn’t found just the right words for yet. I knew, from our many discussions concerning the memoir I was helping him write, that he wanted to answer this question and that it had been on his mind for years. It was the only remaining area that we had not covered for the memoir, this question.

The poem that resulted pleased him so much. He had found just the right words, finally.

We edited on his bed the next day. He was 90 but somehow just a young boy in his white t-shirt. Never did he wear a t-shirt. He was a man who always wore a dress shirt or one with a collar. He was a young boy—that came through somehow in the way the soft, white fabric rested against his chest. He was fiercely curious and hopeful, still, the way a boy would be. And he was a wise, old man. It all seemed so impossible to me—he was at the end of his life and still so young.  I think he knew, but he had things, many things, to work on, he said. And things to dig up for me in his office. Always things to work on even when getting to his office, right beside his bedroom, was too far a journey to walk and something only possible in his mind.

I have a small box of his things here in my writing space. They are mostly objects he kept in his office. I plan to put some of them up above my desk and over by the bookshelf. I imagine that if there is a heaven, he is up there working away in his office and workshop—puttering, envisioning, inventing, categorizing. I still see his eyes looking up at me from his desk and above his glasses. And now the keys that hung in his office will hang here in my office. I’m hoping they will remind me to be courageous and to find just the right words. 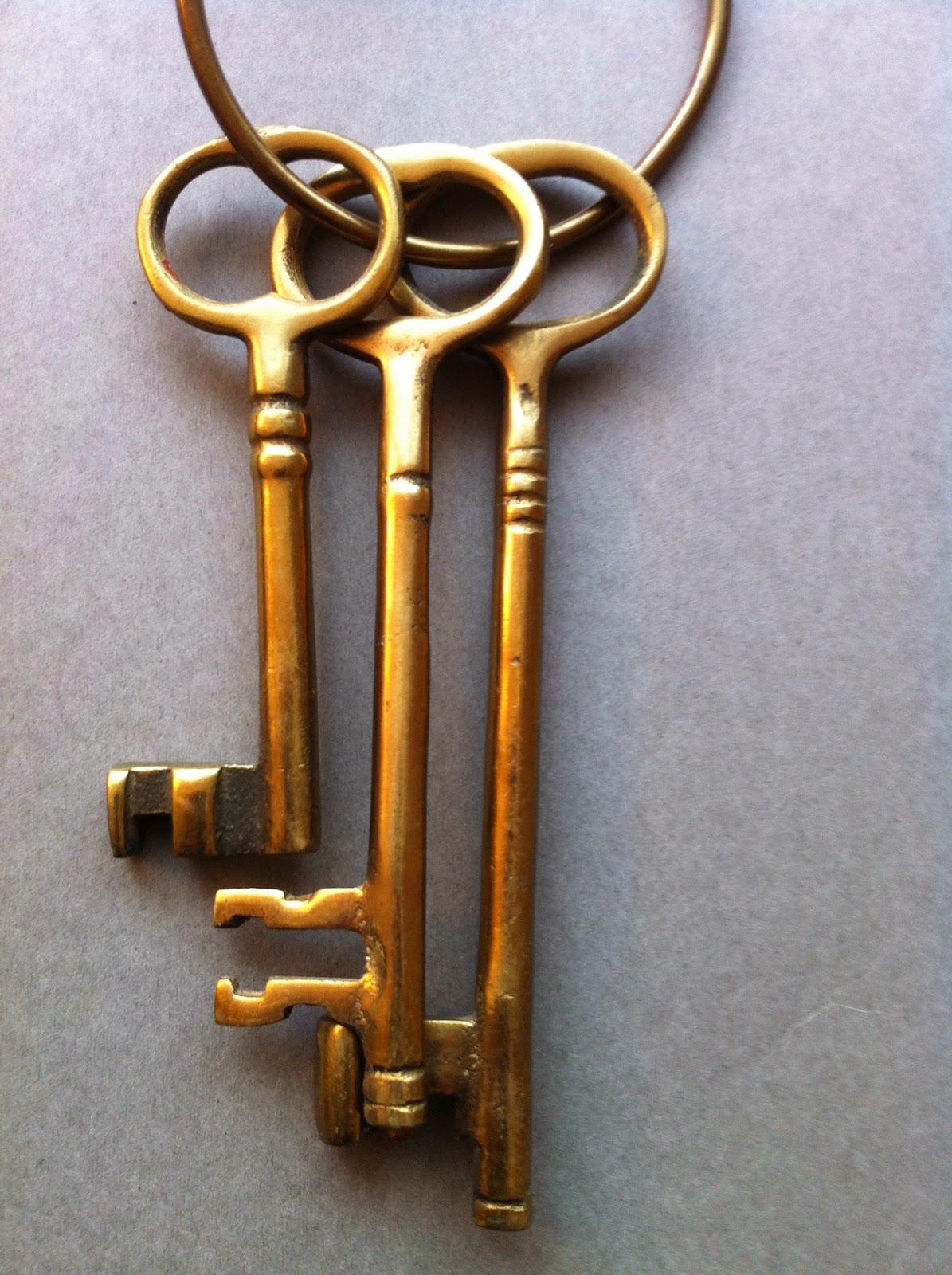