I’m so happy to be a part of Irene Latham’s celebration today. Her blog is a great source of inspiration for me and many other writers and readers. I will add to the celebration with my original poem all about writing and following one’s instincts as WILD as they might be. 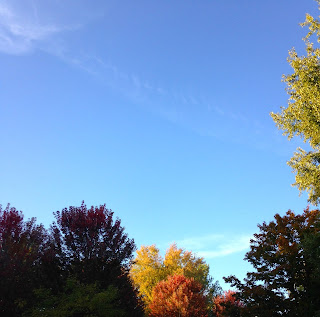 the pterosaurs drifted across the clear bright blue
graceful, wild, beautiful
in a sweep of near-silence, without a flap
gliding in from 200 million years ago
or so

ha, two blue herons
if I believed what some say
I’d never write poems about pterosaurs

Please join the party at Live Your Poem! Congratulations, Irene! 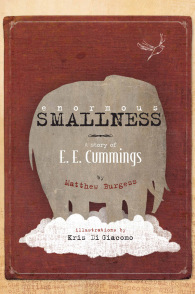 Writer Matthew Burgess and illustrator Kris Di Giacomo have captured the playful spirit of E. E. Cummings in this charming biography for young readers. Burgess reveals how Cummings’s love of nature and his sense of imagination as a child developed into an exploration of language. The delightful illustrations blend fittingly with lively displays of text—words and letters dot the trees, spot tulip petals, hover in clouds, and spout from an elephant’s trunk.

From a young age, Estlin Cummings expressed his fascination with nature through his poems, which his mother recorded in a book. 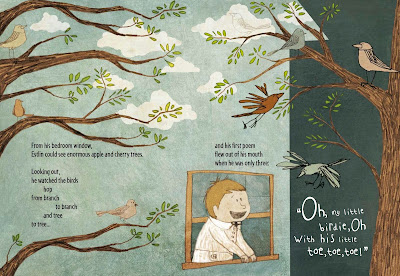 Estlin’s first workspace was his tree house where he created art and wrote poems. 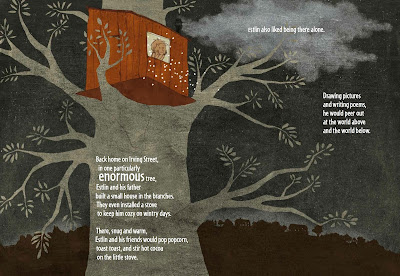 Quotations weave in and out of the story of Estlin’s life. We learn more about the poet through the words he spoke, the words of those around him, through full poems, and poem fragments. 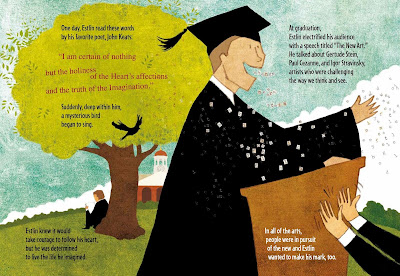 Burgess and Di Giacomo introduce Cummings’s experimental style in a way that is intriguing and accessible. 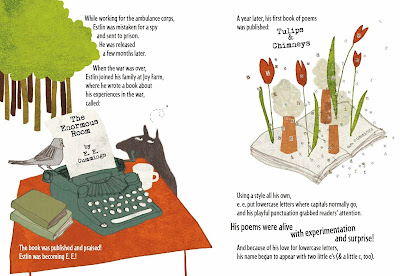 Children will be fascinated to see Cummings as an inventor of words who broke rules and faced criticism. 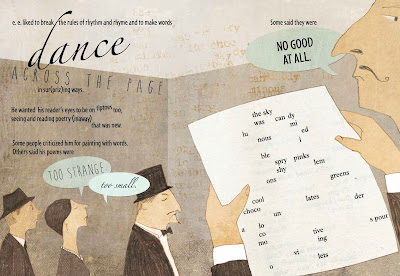 Readers will discover that despite the criticism Cummings received, he pursued his dream and went on to become respected and loved for his work as a poet. 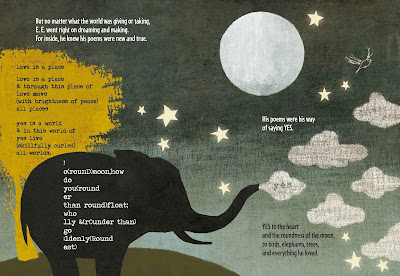 Surrounding examples of the poems is the poetic telling of Cummings’s life—Burgess’s words are as playful as the poet they describe. Throughout the book, Burgess and Di Giacomo reveal the interconnectedness of the enormous and the small.

E. E. Cummings is an attractive personality for children to explore. Young readers are sure to connect with the poet’s playful approach to expression wonderfully expressed in this book.

Thanks for stopping by! For more Poetry Friday fun this week, please visit Write. Sketch. Repeat.