Poetry Friday: My Letter to the World and Other Poems

Something clicked for me as a teen studying poetry in my Grade 11 English class—poems seemed to say what we wouldn’t dare say out loud in regular speech. Or maybe we could say these things out loud—poetry dared us to do so.

To my younger self, the bold admission “I’m Nobody” in Emily Dickinson’s famous poem confidently expressed what many might feel but never say. The words flipped over the shame of it, experimenting with the idea that we might even be proud of such a statement.

Then, Dickinson bravely asks, “Who are you?” To my younger self, it was a question that reached out for connection. Those three daring words seemed to ask for more—are you like me, or are you not?

The words that begin the second stanza are relevant ideas for today’s young readers—“How dreary—to be—Somebody!/ How public—” The preference for and beauty of a private life couldn’t be more fascinating and timely an idea today as our lives are more public than ever before. The Selfie Generation might be surprised by the confidence voiced in the confession “I’m Nobody.” It might even seem impossible, or perhaps only an exciting thought experiment, to imagine refraining from telling “one's name” to the “admiring bog” or what we might compare to social media. 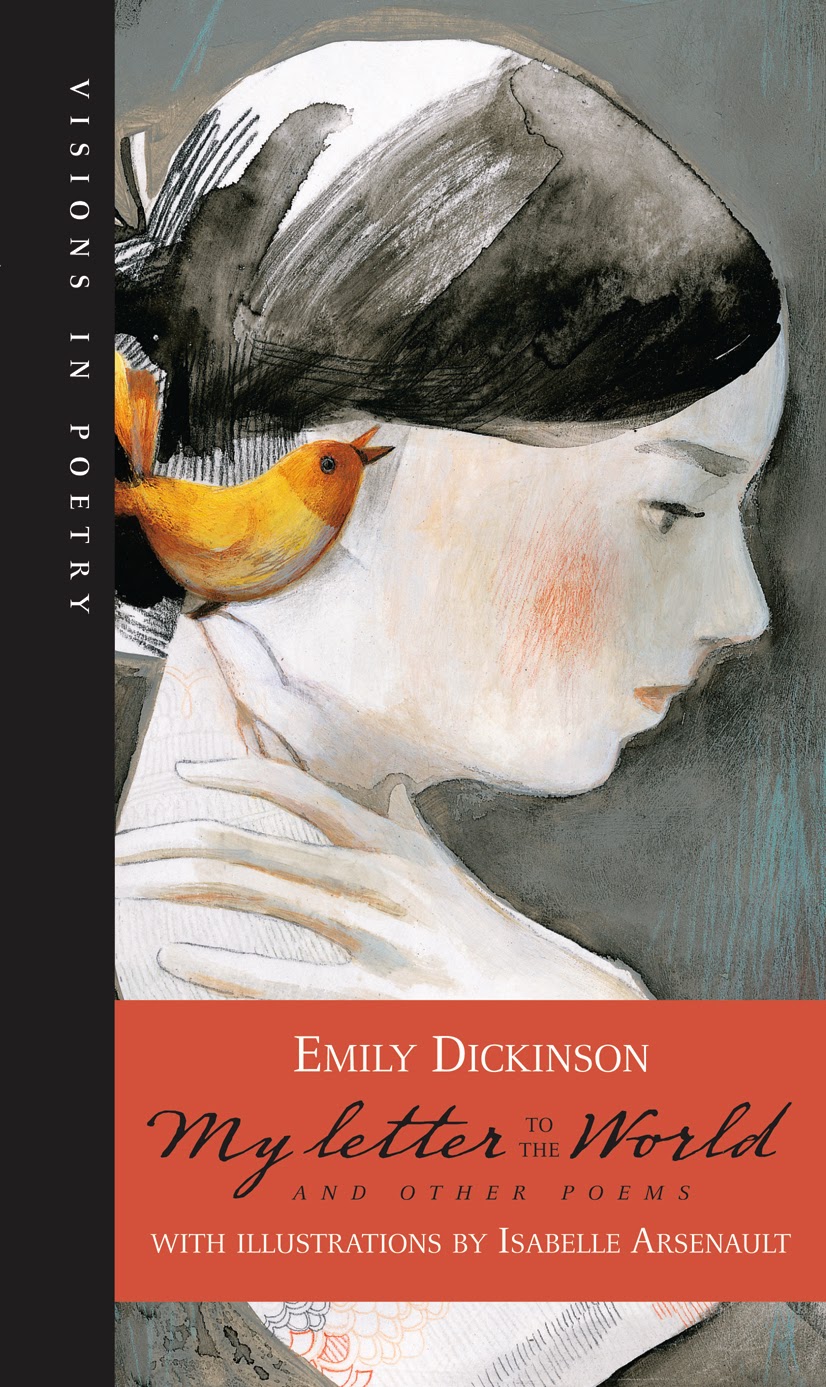 This famous poem is the third to appear in My Letter to the World and Other Poems from the Visions in Poetry series published by Kids Can Press. It’s one of two poems presented complete on pages of their own, while the others are spaced out carefully over several pages. On a first transparent leaf, an introductory poem functions as an invitation for readers to approach the book as a letter:  “This is my letter to the World…”

Seven poems strung loosely together follow, but some spreads present two or three stanzas, some six. 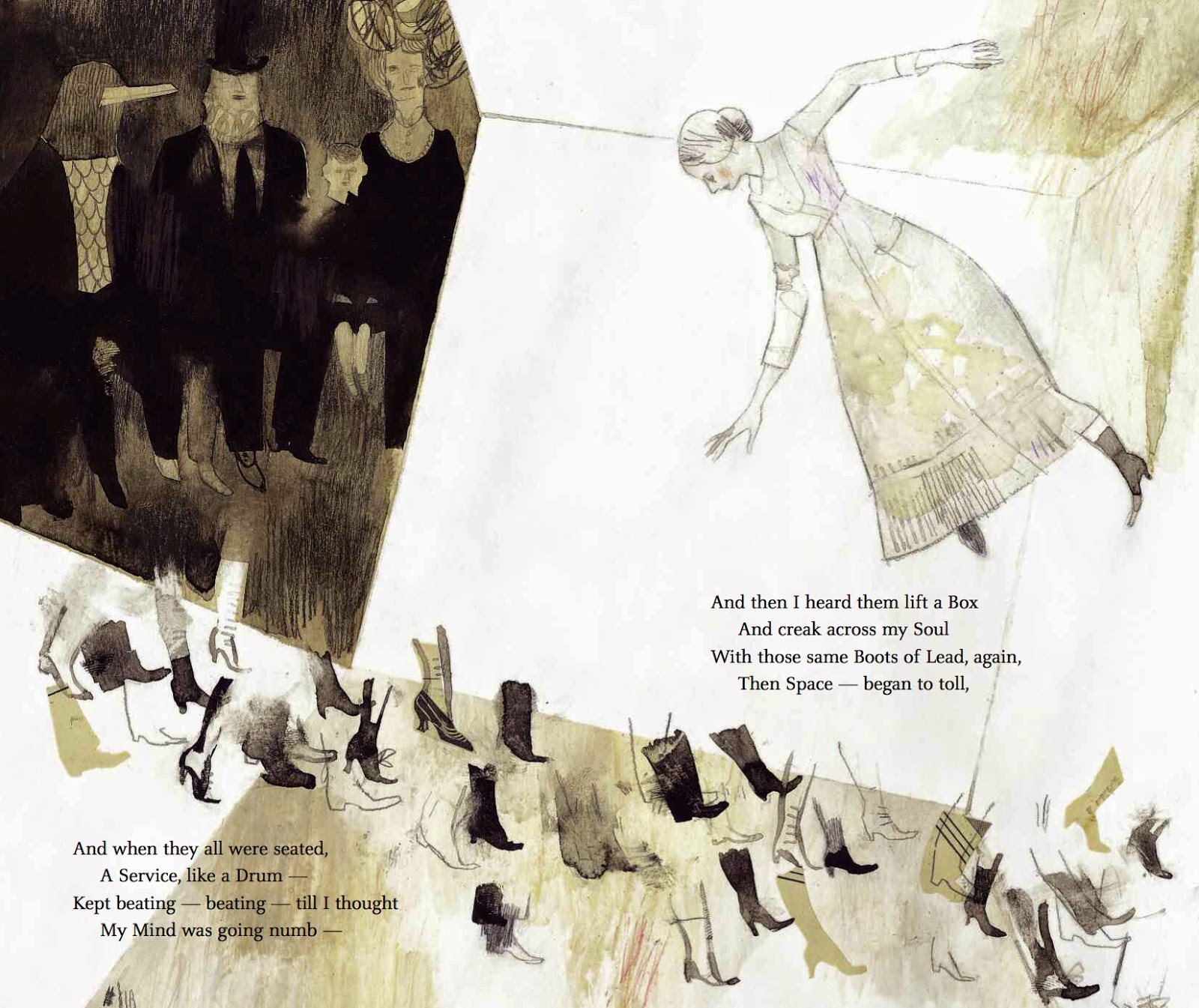 Other pages display three short lines, or just two. It seems natural for Dickinson’s short lines to be spotlighted this way, bringing new light and insight to the poems you’ve read before. Meanwhile, a young reader discovering Emily Dickinson’s poems for the first time will be mesmerized by the careful placement of lines and stanzas on these pages. 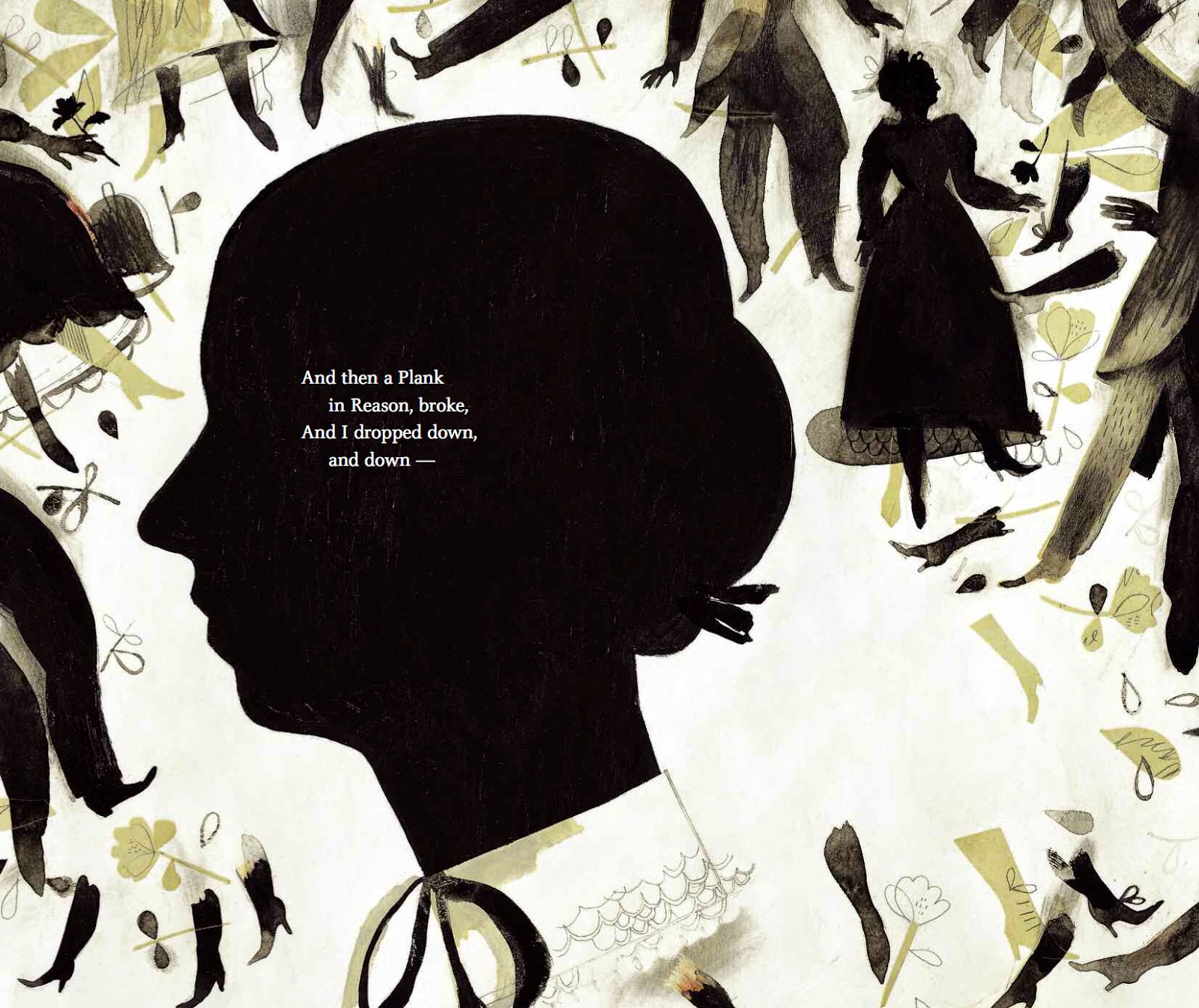 Award-winning illustrator Isabelle Arsenault captures Dickinson’s loneliness, seclusion, and separateness but also her thoughtfulness, introspection, and contemplation of the world around her. Within many of the illustrations, Dickinson is depicted with her eyes and face downturned. In a few of the illustrations, her eyes look out, searchingly, as if just over the reader’s shoulder, not making contact with the reader’s own eyes, suggesting meditation with a touch of resistance. I think that young readers will be attracted to the depth of expression in words and illustration that offer a glimpse into
Dickinson’s private world. 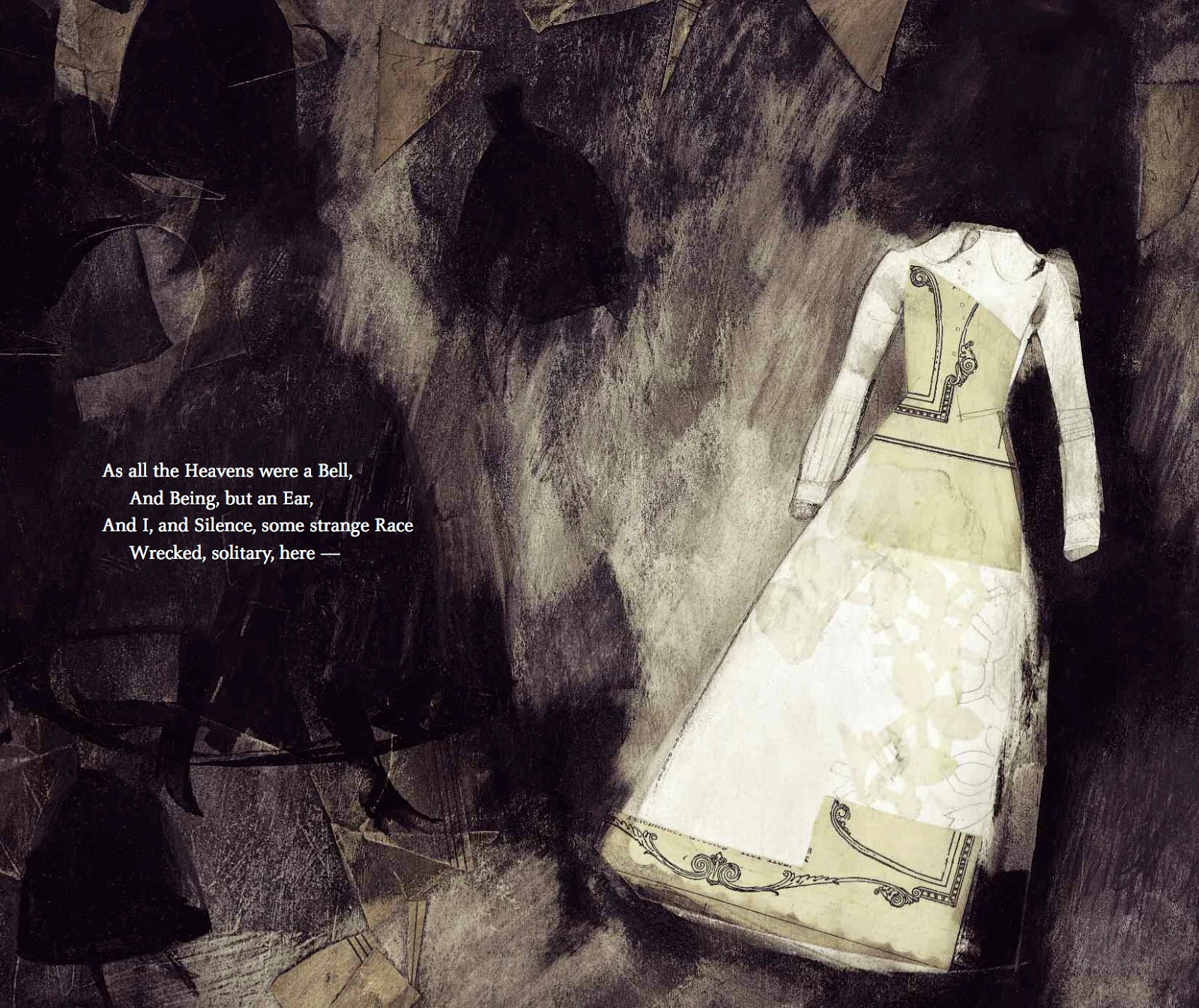 My Letter to the World and Other Poems
written by Emily Dickinson
illustrated by Isabelle Arsenault
from the series Visions in Poetry
Kids Can Press, 2008
Ages 10 and up

I’ve been revisiting the beautiful books in this series and plan to feature a few others for upcoming Poetry Friday blog posts. They were published in hardcover and paperback between 2004 and 2014, but if you haven’t checked them out yet, My Letter to the World and Other Poems is a wonderful place to start. It’s my favourite in the series.

The Poetry Friday Round-Up is at RandomNoodling today. Please head on over there for more inspiration!
Posted by Sheri Doyle at 6:04 AM 16 comments: